Research: Causes, Forms and Consequences of Violence against Third Country Nationals in the Slovak Republic

Research: Causes, Forms and Consequences of Violence against Third Country Nationals in the Slovak Republic

The invisibility of migrants in Slovakia, a country with the second lowest number of migrants within the EU, consequently brings about a lack of attention to their experiences with violence in the public space, abuse at home, or exploitation at workplace. Isolated from the public, formal institutions, helping organisations and research agencies, migrants in Slovakia often find themselves in situations that menace their health and well-being.

As a response to the lack of evidence and systematic knowledge, the IOM research carried out from January 2012 to March 2013 under the project Causes, Forms and Consequences of Violence against Third-Country Nationals delivers a complex analysis of violence against non-EU migrants, which should provide a basis informing the legislation, policy and practice, ultimately helping to reduce the volume of violence, develop a system of prevention and deliver effective support to the victims.

43 per cent of migrants experienced lighter forms of violence with the character of hate crime, domestic violence or labour abuse.  15 per cent has experiences with serious forms of violence requiring intervention and help from police or helping organisations. Estimated every ninth migrant living in Slovakia has experiences with forced labour. These are only partial findings of IOM´s research on migrants’ experiences with violence and exploitation in public space, domestic violence and violence at workplace resulting from 690 collected questionnaires and dozens of in-depth interviews with third-country nationals living in Slovakia. 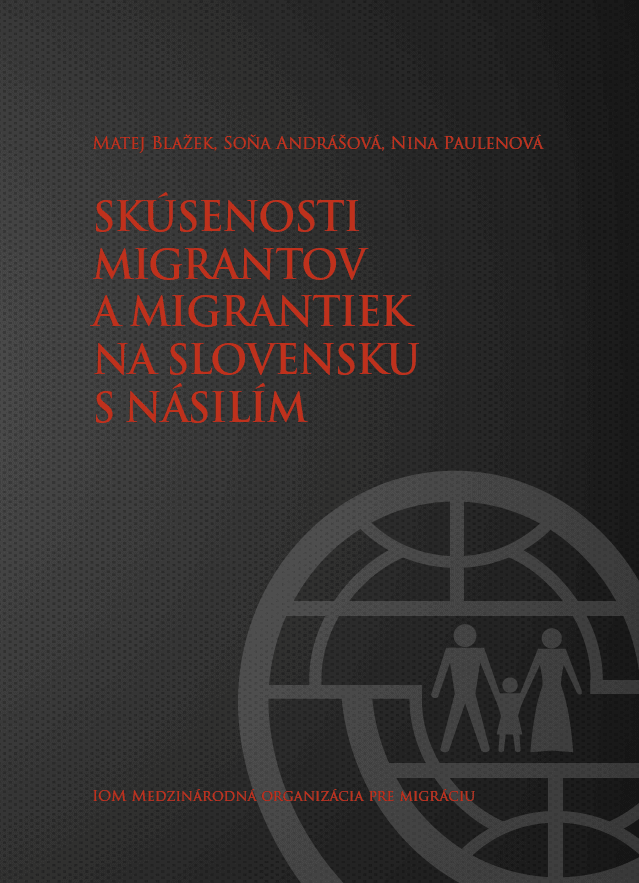 Research findings have been published in the publication Migrants’ Experiences with violence in Slovakia. Information is followed by a review and characteristics of the largest migrant groups in Slovakia, evaluation of existing legislation, politics and practice in the field of violence, comparison and best practices from abroad and recommendations for institutions, practice and policies.

The publication is currently published only in the Slovak language with an English executive summary presented on the pages 148-151.

The research was co-funded by the European Union through the European Fund for the Integration of Third-Country Nationals. Solidarity and Management of Migration Flows.