ARTICLE: Should I stay or should I go? 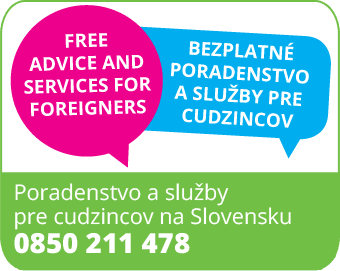 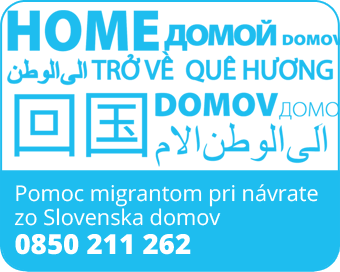 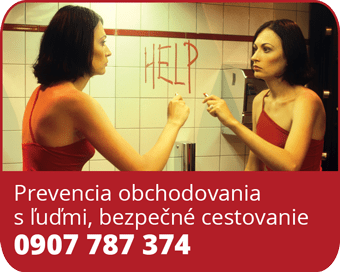 ARTICLE: Should I stay or should I go?

Slovakia might not be the first-choice destination for students seeking an international experience during their studies but nevertheless a fair number of students from all parts of the world are living, studying, and sometimes also staying to work in one of Slovakia’s cities.

Statistics provided by the Institute of Information and Prognoses of Education, a unit of the Ministry of Education, show that the number of international students attending Slovak universities has been increasing. In 2003 the number of international students was only 1,633 but by 2010 the number had more than doubled and 3,759 students were enrolled in full-time bachelor’s, master’s or doctoral degree study programmes at public and private universities in Slovakia.

Thanakon Tiwawong, a 22-year-old from Thailand, is one of them. He is the only Thai student to receive a scholarship from Slovakia’s Education Ministry in 2008. Thanakon has successfully finished the second year of his bachelor’s degree at the University of Economics in Bratislava.

Coming from abroad to a different country can cause a cultural shock but Tiwawong’s previous high school experience living and studying in the Czech Republic as an exchange student for 10 months made his transition to Slovakia easier.

Having had a good experience of living in Europe and acquiring knowledge of the Czech language turned out to be helpful when attending a Slovak language course to prepare for an examination before entering the university. Nevertheless, Tiwawong quickly realised that his course modules taught in Slovak were going to be a challenge and that additional help from his classmates would be required.

“Having some international classmates and knowing that I was not the only one who did not comprehend what a teacher said or wrote can make you feel less stressed sometimes,” Tiwawong said.

You are what you eat?

There were days when Tiwawong sought to integrate into Slovak society but there were also situations when he did not want to be exactly like Slovaks. Pretending to be like a Slovak was not always the best way to achieve integration, Tiwawong learned. Despite his determination not to bring a rice cooker from Thailand to prove his willingness to blend into Slovak society, his stomach’s inability to digest heavy Slovak food eventually forced him to invest in a rice cooker.

“I realised that what I eat has nothing to do with my integration in Slovakia,” Tiwawong said, adding that he also works as a volunteer for AFS, an international organisation that organises and supports intercultural learning experiences for students and adults. “It does not matter which country one goes to and what language one learns, the most important lesson is that rather than forcing yourself to become somebody else we should stay different and respect the differences of other people and people from different cultures.”

His recollections of attempts to integrate into Slovak society and other situations he has faced since his arrival in Slovakia were presented in an article, ‘My Life – My Story’, that won third prize in an international media competition called Migrants in the Spotlight.

“Through my article I wanted to emphasise that we foreigners living here also consider Slovakia to be our home and despite different attitudes and values I believe that we can all live together,” Tiwawong said.

University students from foreign countries were asked to submit articles or films that touched on migration or integration issues in Slovakia, the Czech Republic, Hungary, Latvia, Lithuania or Romania for the Migrants in the Spotlight: Training and Capacity Building for Media Representatives and Students project. The project aims to contribute to greater media coverage of migration of third-country nationals and their social integration in order to increase public awareness about these issues and reduce prejudices and stereotypes in society, and lead to better integration of migrants.

Being Asian, Tiwawong arouses the curiosity of Slovaks, who often look at him intently. He said this is often demonstrated on Bratislava public transport and that as soon as he gets on a bus or tram he becomes the most visible element.

“I kind of understand their staring at foreigners,” said Tiwawong. “Overall, there are still not too many of us in Slovakia.”

According to an International Organization for Migration (IOM) study titled Public Attitudes toward Foreigners and External Migration in the Slovak Republic, people form their views on migration and migrants on the basis of false concepts, stereotypes and misinformation. The report also notes that Slovaks overestimate the proportion of migrants in the total population – especially because of foreigners that they personally encounter whose skin colour and other external features differ significantly from the native population.

Drawing from figures provided by the Slovak Statistics Office, 62,882 foreigners were registered as resident and living in Slovakia in 2009. Even though the number of citizens of Asian origin – coming from countries such as Vietnam, China, South Korea and Thailand – quadrupled between 2004 and 2008 and despite the fact that they are particularly visible, this specific group represents just 10 percent of all foreigners living in Slovakia.

Slovakia as a second choice

In a brochure entitled Neighbours: Inside, Outside published by the Milan Šimečka Foundation, Živka Deleva from Macedonia – who successfully completed her PhD studies at Comenius University in Bratislava – stated that “one of the most important things is to study, but travelling not only helped me to see things differently but also made me realise that you can be happy anywhere in the world”.

But Slovakia was not her first choice. Like Tiwawong, who initially applied to study in Japan, Deleva failed to gain a scholarship to study in Sweden but was offered a spot at Comenius University’s Faculty of Social and Economic Sciences and was the only person from Macedonia to receive a scholarship from the Slovak Education Ministry in 2007.

“When my colleague and I enrolled, this was the first time that the PhD programme had international, internal students and it occasionally resulted in some confusion,” said Deleva.
Deleva nevertheless believes that it is good to be in Slovakia during this period as she believes the awareness of the Slovak public about people from different cultures seems to be rising.
“People are becoming more conscious about the presence of foreigners in the country and that is about to get bigger; thus their acceptance will grow and they will also feel challenged to become better in whatever their profession is, thus more qualified,” Deleva said.

Tiwawong’s ability to speak six foreign languages, along with his volunteer experience and his future university degree, could make him an attractive candidate for any Slovak employer.
However, after completing his bachelor’s degree he would like to study further and apply for another scholarship which would enable him to undertake a master’s degree in international relations, preferably in Germany or in Spain, which he believes would provide him with a wider international approach.

“Unlike Slovak universities, German and Spanish schools seem to be well-recognised in Thailand and this could be crucial if I decide to return home to Thailand,” Tiwawong said. Additionally, both countries also offer more opportunities in terms of job diversity, something that he said he finds appealing.

Even if he does not receive such an internship, he does not intend to stay in Slovakia. Many of his international friends who received a degree in Slovakia either returned to their countries of origin upon graduation or continued pursuing a career at another chosen destination.

In a similar vein, Deleva will stay in Slovakia only as long as she feels that she has something to learn from the country and more to experience.

“Once this feeling is over, I would probably start looking for a job elsewhere,” she said. “The reasons to leave are personally motivated and it is not going to be hard to leave, as I have already left once.”

Some of her friends planned to stay but most of them subsequently left after they found much better opportunities elsewhere.

Despite the experiences and attitudes of these two individuals, the attractiveness of Slovakia is starting to change, according to the research project entitled Economic Aspects of Migration and Integration of Migrants from Third Countries in Slovakia published by the Institute for Public Affairs in 2011. That research study found that two-thirds of the working migrants who were surveyed, including students working while studying, had chosen Slovakia as their final destination, rather than just a transit point.

The author wrote this article while serving as an intern at the IOM International Organization for Migration Office in Bratislava.